It’s hard to ignore the ubiquity of eucalyptus in Galicia, especially on the coast. Introduced to and spread throughout the region as a cash crop for paper pulp, a eucalypt plantation is low-maintenance and fast-growing. It’s also notoriously fire-prone and a scourge for autochthonous flora and fauna. With so many Galicians having emigrated to other countries or the cities, agricultural labor is sparse in the rural areas and it’s easy to see why land owners would plant it.

Forest fires, usually intentionally set, worry many in the area. Most of Galicia has been under “extreme” fire risk for the last few days. There are even Twitter accounts to monitor bombeiro activity.

This forestry map was shared by journalist David Lombao on Twitter. The provinces with the least eucalyptus are Lugo and Ourense. 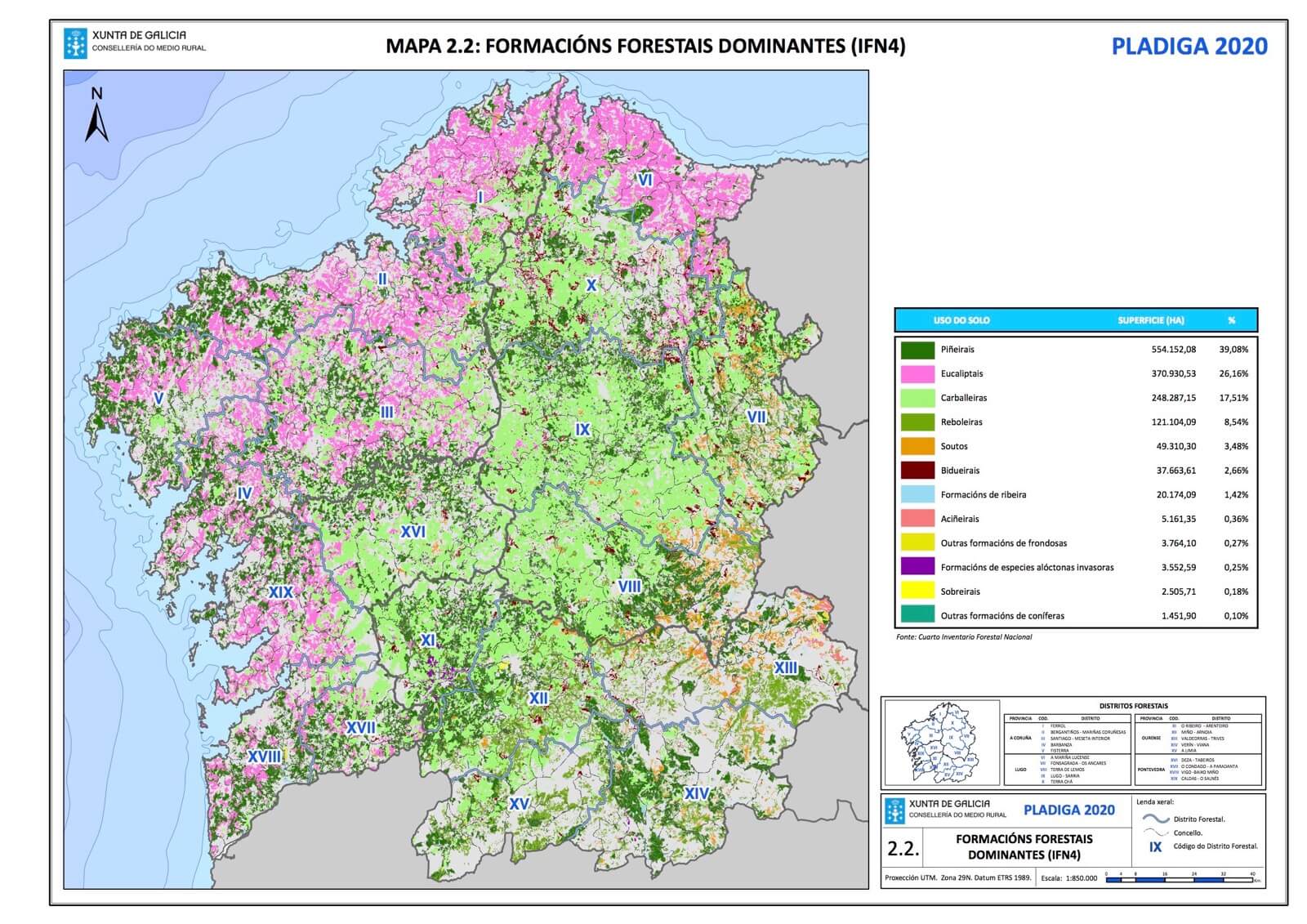 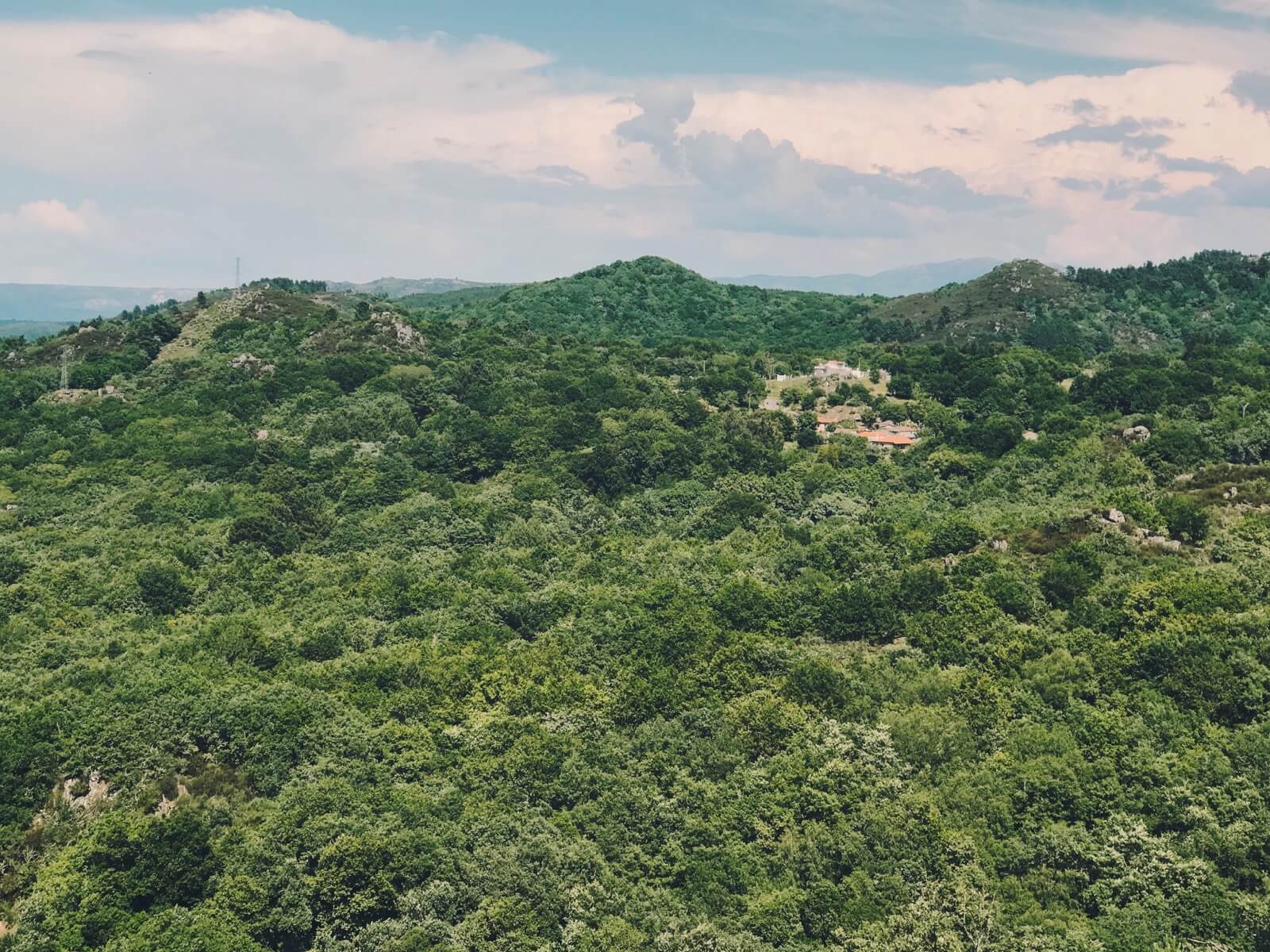