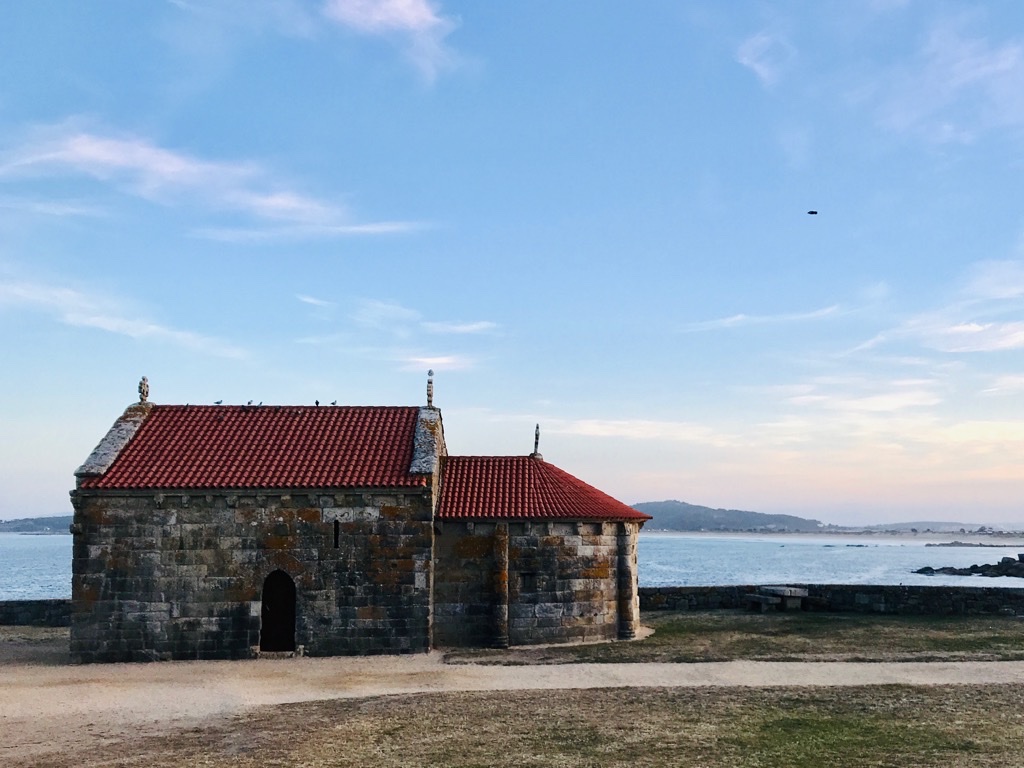 Most mornings I take Alqo out for a walk before breakfast. In the last week, our walk has become significantly more beautiful, swapping a brisk walk in urban Südstadt to the meadows of Villanueva and now the sea and its jagged, irregular rocky coastline. A few hundred meters away from our place is a small isthmus. The wind has been strong since we arrived to Sanxenxo, so we’d only make it halfway out, to an small meadow where RVs and campers park at night to enjoy the sunsets. But this morning the wind was calm. On this tiny isthmus sits a chapel, the ruins of an old tower, and a pre-Roman settlement.

The Romanesque chapel of Our Lady of Lanzada is a simple affair in juxtaposition with its surroundings. It was built in the 12-century from the ruins of another older chapel, possibly from the time of the tower. Like many older Christian sites, the chapel sits next to something very un-Christian, as if to ward away the pagan gods and worshippers with the Cross.

A castro, a Bronze Age pre-Roman fortified settlement with some remainder of the state walls still visible and preserved, was here long before. And like so many others places, the old rituals mixed with the new and at least tolerable to the Church.

There is a fertility ritual in August on A Lanzada beach called the Bath of the Nine Waves, where women come to the beach to bathe, then sweep the chapel as an offering to the Virgin of Lanzada to cure their infertility.

History is everywhere, if we only find the time to look. Sometimes, the past doesn’t leave artifacts or sites to be toured and admired, only remaining in the legends or historical writings of strangers who came before, closer to the source of time and the people who gave them meaning. But Spain has it all. I think that is why the country is so striking for guiris, there are so many layers of history that fold over each other and onto the present.