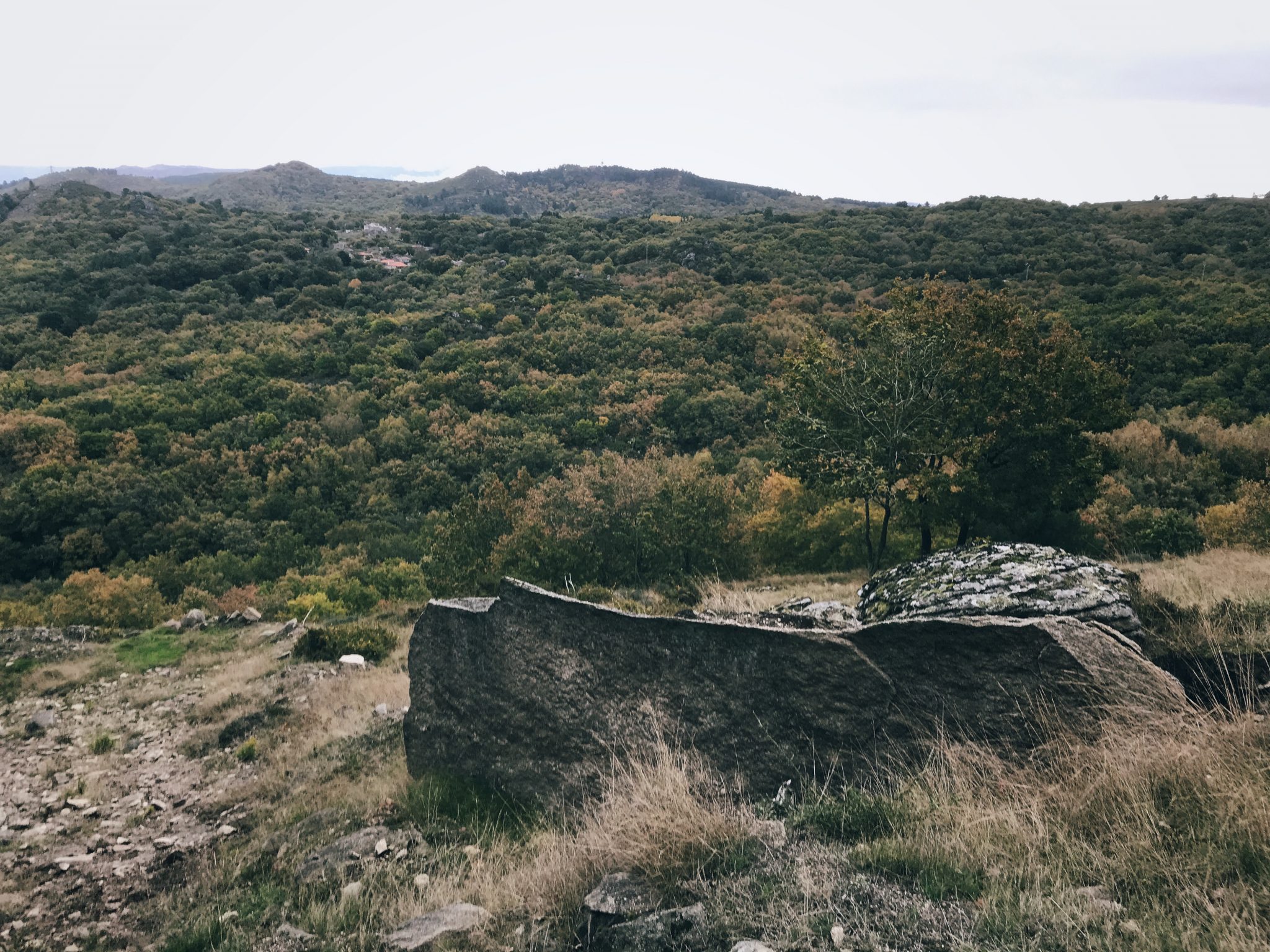 This morning, I’m thinking about Fernando Pessoa (or Alberto Caeiro?)’s The Keeper of Sheep, VII:

From my village I see as much of the universe as can be seen
from the earth,
And so my village is as large as any town,
For I am the size of what I see
And not the size of my height…

In the cities life is smaller
Than here in my house on top of this hill.
The big buildings of cities lock up the view,
They hide the horizon, pulling our gaze far away from the
open sky.
They make us small, for they take away all the vastness our
eyes can see,
And they make us poor, for our only wealth is seeing.

I went up the monte twice yesterday, once in the morning with Alqo to stretch our legs, and again in the afternoon before sunset with both Patricia and Alqo. Toward the top, there is a fork in the path. We’ve always turned right, which leads us a little bit further, past a grove of oak, and ultimately to the winding road we live on, further down the monte.

Instead, we turned left. With my new eyeglasses, I can see much clearer (my prescription doubled since the last time I changed them, which was far too long ago). And the view that awaited us when we reached the actual top was spectacular.

We could see the other forest path that we take often, that leads past an isolated goat farm with two very protective dogs, past the heavily-shaded area where Alqo ran off to chase a deer a few days ago after sunset and left us a little distraught and searching for him in the dark for what felt like an eternity, and towards another village, A Aira Vella (pop. 6) that we walked to, meeting only an older woman and three dogs. We could see the rain in the distance and a section the autovía. Some of the trees are turning a faint yellow and brown, adding to the autumnal feeling.

I remembered Pessoa and specifically The Keeper of Sheep, how I was able to share him with a fellow Peace Corps friend, how his translated poetry found me at the time I needed him, how I used read him on the veranda in my small village in Sierra Leone, and our short life in an apartment in downtown Cologne; the constricted vision, and how my walks with Alqo were confined to a city block.

All of it was written in some sense, necessary to have this moment of pure gratitude up there of where we are now, what we do, and who we aspire to be.

I’ll hold on to this feeling for the day.

I signed up for Facebook sometime in 2006, whenever they allowed non .edu email addresses to register. I deleted my account late 2012 when I realized I was spending far too much time looking at old acquaintances and friends (“Facebook stalking”) rather than job-hunting after returning from Sierra Leone. The decision was personal. I didn’t have a political stance against Facebook all those years ago.

Things are markedly different in late 2019. After the Cambridge Analytica scandal, numerous incidents around the world where Facebook has wrought havoc (elections, genocides, etc.) and pretty much every other seemingly “minor Facebook scandal”, it’s obvious that the company is not interested in empowering discourse. But Its massive user base, its monopoly on social media, its grip on political and civic institutions, and the media landscape means Facebook is everyone’s problem, including non-users.

Jacob Silverman in the Baffler writes that by now, we must treat Facebook as a “right-wing political force”, one resistant to any and all attempts at criticism, regulation, and reform:

That [Facebook] has come to so thoroughly dominate our public sphere is a tragic indictment of American civic life and American techno-capitalism, which has confused the pitiless surveillance of today’s internet with utopian empowerment.

Bearing the perverse logic known only to authoritarian state propaganda, Zuckerberg wishes us to believe that Facebook is a benevolent sovereign, a gateway to flourishing connectivity and public discourse, instead of an all-seeing surveillance apparatus that attempts to predict our needs, guide our behaviors, and monetize our dearest relationships and communications for obscene profits. It may not be the death knell to democracy that some claim, but it would be dubious to say that targeted advertising—and the coercion that attends it—has done anything to improve our lives. Nevertheless, Zuckerberg argues otherwise. Part and parcel of the new rhetoric is that Facebook’s technologically enabled users represent “a fifth estate,” a new member of the public sphere.

A thing I need to get used to about the working-from-home lifestyle is utilizing the time in between commitments to be more productive. When I was teaching full-time in Mauritania, I was more carefree on breaks between classes. I considered them downtime, a space to breathe, to rest the mind, and prepare for the next lessons.

Now, I have things to do around the house, errands, and other projects I want to complete, like writing or reading. Sometimes I have hours between classes and I need to make the most out of them. 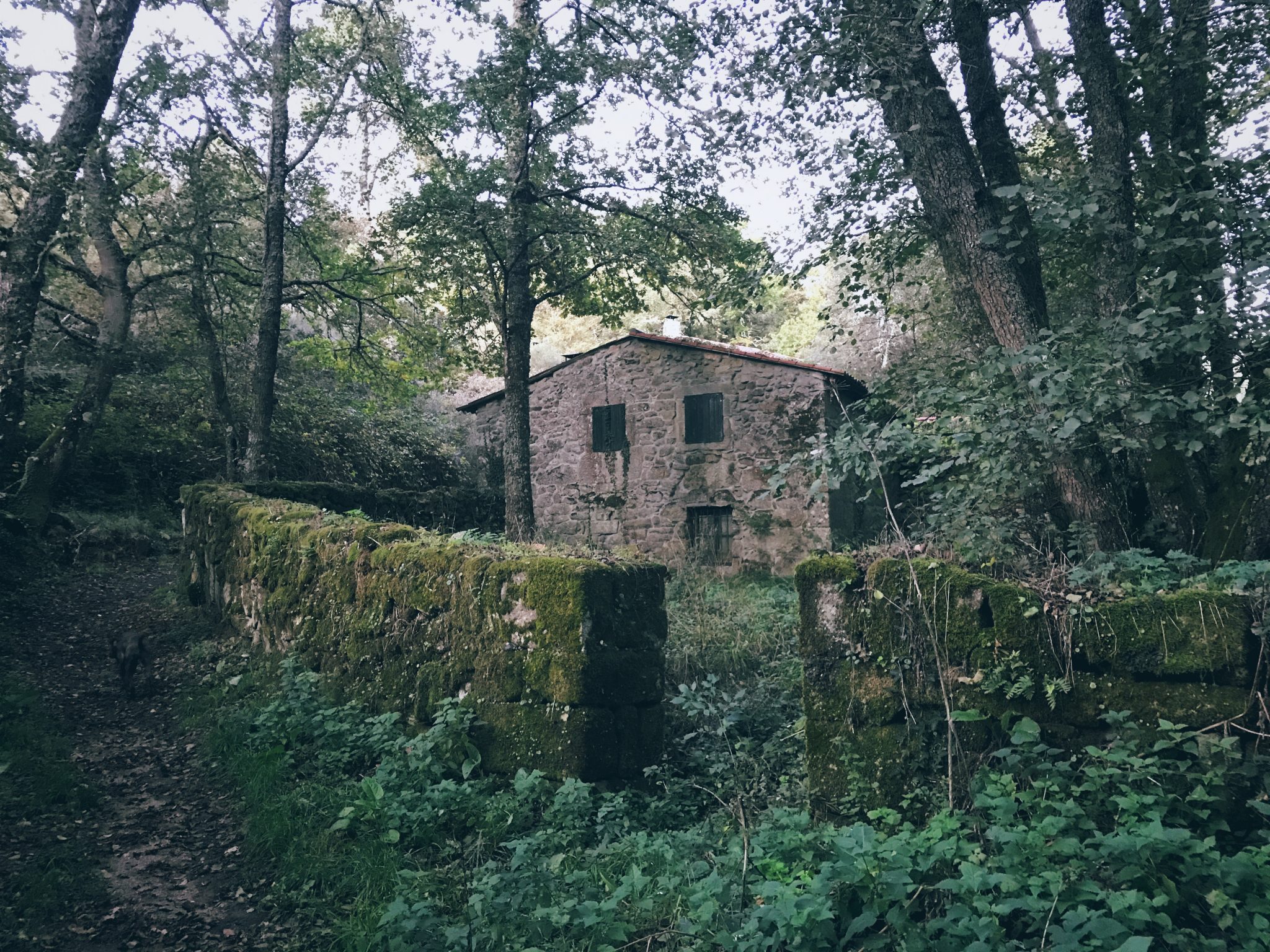 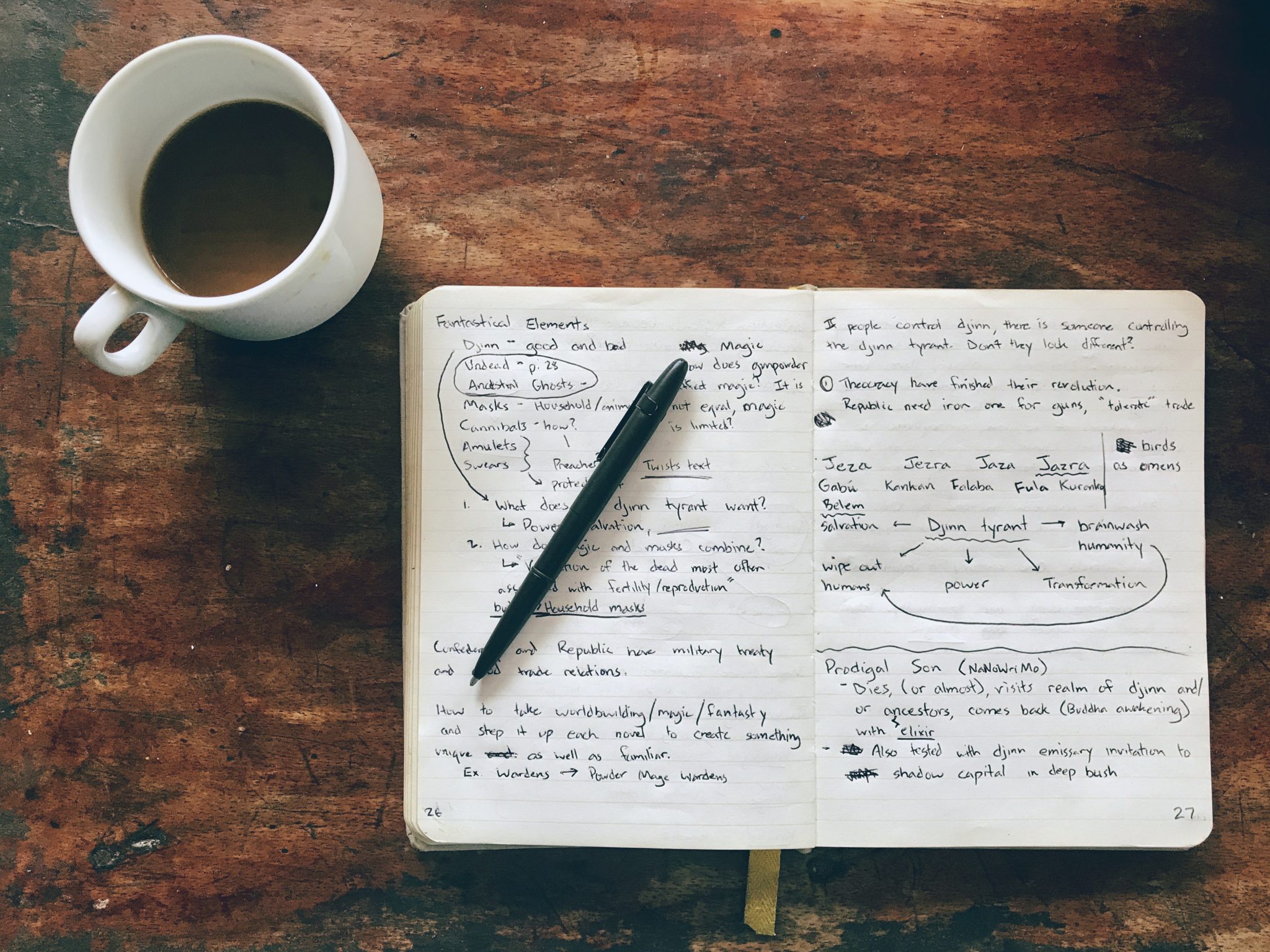